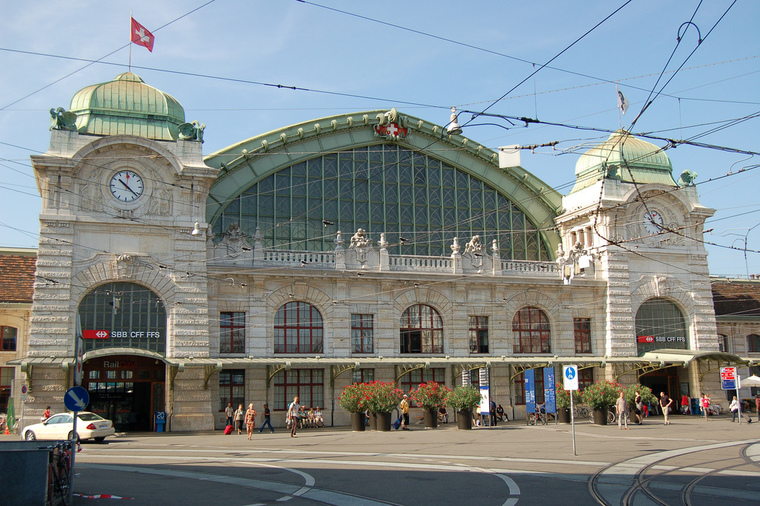 Swiss TPH (an associated institute of the University of Basel), we piloted measurements in Basel’s main trainstation (Basel SBB). At the time, smoking was permitted in all but a couple narrow corridors in the station. Foreign visitors often remarked about the noticeable levels of smoke upon alighting from their trains. Smoking was permitted because the station, with its many permanently open access ways, was generally considered an ‘outdoor’ environment. This norm was, at the time and in contrast to all neighboring countries which had implemented various levels of smoking bans in their railway stations, considered acceptable. These measurements were done on 31st October 2014. In early February 2018, SBB implemented a pilot smoking ban at several of its stations with varying levels of strictness. The ban at Basel SBB was a complete ban within the station. The main impetus for this ban was said to be primarily due to the high cost of cleaning up cigarette butts as well as the potential fire hazard the numerous cigarette butts represented. Such a pilot would test how the public responded to the change in regulations as well as how the costs of cleanup would be affected. In the interest of knowing how levels have changed, ASL conducted a repeat set of measurements on 26th October 2018. Both of these measurement campaigns were done on a weekday afternoon from roughly 1400-1800. Here I present only the nanoparticle measurements measured using the MiniDisc device developed at the FHNW by M. Fierz. Nanoparticles as measured by this device ranges in size from about 15-300nm. These are particles that are primarily of combustion sources and not from mechanical abrasion. Seven of the same locations were measured and are presented below. Clearly many of the locations have seen a significant drop in concentration. More details to follow… If you are interested in such results, please feel free to leave a comment or contact us via email.

This site uses Akismet to reduce spam. Learn how your comment data is processed.

Our mission is to create healthy environments through measurements, monitoring, and modeling of the world around us.

Our mission is to create healthy environments through measurements, monitoring, and modeling of the world around us.